Net subscriptions in Romanian mutual funds (the difference between invested and withdrawn amounts) became again positive in 2019 after they had been negative in 2018.… END_OF_DOCUMENT_TOKEN_TO_BE_REPLACED

Romgaz (SNG) announced the start of production in the deep area of Caragele deposit (Buzau), the biggest discovered in the last 30 years and one… END_OF_DOCUMENT_TOKEN_TO_BE_REPLACED

Romania managed again to stand out at the EU level by recording the highest level of the public deficit in the third quarter of 2019,… END_OF_DOCUMENT_TOKEN_TO_BE_REPLACED

According to data provided by INS, in November 2019 Romania recorded a new alarming decrease in monthly industrial production at the level of the negative… END_OF_DOCUMENT_TOKEN_TO_BE_REPLACED

Almost 600,000 Romanian children and young people aged between 0 and 19 years, that is 12.6% of the total Romanian people in this age group,… END_OF_DOCUMENT_TOKEN_TO_BE_REPLACED

Romania has the largest current account deficit among emerging EU economies: It is just out of the list 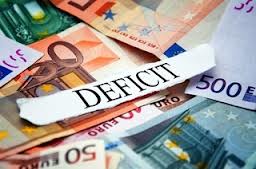 Romania’s current account deficit will be by far the largest of the European Union’s emerging economies in 2017 and will exceed 3%, according to the estimates of the banking system.

The main causes are:

Romania’s current account deficit for 2017 will be 3.2% of GDP, according to Erste Group Research (EGR), respectively 3.4% according to Banca Transilvania’s (BT) macroeconomic scenario, exceeding the 3% threshold in 2012.

On the other hand, of all the other EU member countries in the region, they estimate a deficit in 2017 only for Poland and Bulgaria and it is much lower, of 0.6% of GDP and 0.2% respectively.

For the other countries, they see surpluses between 1.1% (the Czech Republic) and 6.4% (Slovenia), according to the EGR estimates.

The other countries in the region also record an increase in consumption and import but the size of their exports is keeping them out of the troubles facing Romania.

Erste Group Research (EGR) expects that Slovenia, the country with the largest current account surplus, will not fall below 5% of GDP before 2020, although the “domestic demand has a robust dynamic and could put pressure on trade balance”.

Even in Hungary, the increase in imports following the consumption growth will not but only reduce the current account surplus to EUR 4.8 billion in 2017 (3.8% of GDP). The increase of imports will weaken the pressure of forint appreciation, says the EGR report.

Poland faces similar problems to Romania but on a much smaller scale. In fact, Poland changed to deficit only this year. The current account deficit in Poland comes from the increase in the trade deficit on goods, the decrease in revenues.

Poland also recorded a substantial increase in imports (+ 11% in the first half of the year), which will increase the trade deficit and the current account deficit.

The current account of Romania’s balance of payments recorded a deficit of EUR 2.7 billion between January-June 2017, a 40.2 % year on year increase, according to BT calculations.

“This development was mainly due to the deterioration of the balance of trade with goods and services (deficit of EUR 1.5 billion, compared to EUR 372 million in the first half of 2016), against a favourable background for consumption the loss in international competitiveness of the domestic economy,” says Andrei Radulescu, Senior economist at Banca Transilvania.

Consumption is the main cause of the deficit, as Erste Group Research (EGR) also explains, but it is likely to improve as a result of higher excise duties and electricity prices.

The improvement in the current account deficit, expected for the rest of the year, could come from the net earnings from services and the balance of secondary incomes that “will remain a relief valve for the pressure on the current account,” says a recent EGR report. Also, “the primary incomes gap, largely driven by the repatriation of profits (abroad), seems to moderate its expansion, while the farm subsidies in the EU will start to be paid in October,” according to the same source.

“However, we do not rule out the weakening pressures on leu because the FDI coverage rate (FDI) will probably fall to around 79% this year (from 104.2% at the end of 2016), while the capital account, which includes the EU structural funds, covered only 42% of the current account deficit in June – compared to 106% in December 2016“, notes the EGR report.

A contribution to the deterioration of the current account also came from:

The BNR data indicate an increase in total external debt of 2% this year, to EUR 94.3 billion in June, mainly because the Government has opted for short-term loans to cover its obligations assumed mainly on the wage policy side.

Within the private external debt, we notice the decline in the non-residents’ deposits by 15.6%, to EUR 3.2 billion, a minimal historical level, a trend influenced by political tensions,” remarks the BT report.

The Chief economist of the National Bank of Romania, Valentin Lazea, described them in cursdeguvernare.ro as follow:

Reality: Bulgaria and Croatia, placed at a similar level to Romania, had a current account surplus (Croatia still has it)

Reality: Italy, Spain and Portugal had a surplus last year and France forecasts it for 2022.

Reality: At the level of the European Union, only two states have higher external deficits, in absolute terms: the United Kingdom (EUR -104 billion) and France (EUR -20.4 billion).

Reality: “At the level of the EU states, the analysis reveals that there is no correlation between the current account deficit and the level of investment.”

In addition, “during 2009-2016, the investment rate remained high in Romania, at around 25-27% of GDP, even in the context of a drastic reduction in the current account deficit, as a result of the saving increase,” Valentin Lazea writes.

The Transport Ministry, as the Intermediate Body in Transport, approved the financing request for the project "Construction of Sibiu - Pitesti highway", Sections 1, 4… END_OF_DOCUMENT_TOKEN_TO_BE_REPLACED

Lack of trust in authorities, corruption and low living standards are the main reasons why young people leave Romania. The data is part of a… END_OF_DOCUMENT_TOKEN_TO_BE_REPLACED

Romania is the EU country with the fewest cars in terms of the number of inhabitants, according to data recently published by Eurostat. We appear… END_OF_DOCUMENT_TOKEN_TO_BE_REPLACED

The Government is preparing the public for the first measures aimed at avoiding the budget slippage, which would be applied by the PSD-ALDE government. News… END_OF_DOCUMENT_TOKEN_TO_BE_REPLACED

French Prosecutor Jean-Francois Bohnert will be appointed as head of the European Financial Prosecutor's Office, a position for which he was heard on Thursday, 11… END_OF_DOCUMENT_TOKEN_TO_BE_REPLACED

Romania recorded the highest road deaths in the EU also last year, with 96 deaths per one million inhabitants in 2018, almost double the EU… END_OF_DOCUMENT_TOKEN_TO_BE_REPLACED

Sorina Pintea announced on Thursday further new changes that will be brought to the functioning of the health care system, including new rules for employment… END_OF_DOCUMENT_TOKEN_TO_BE_REPLACED

The new order on approval and selection procedures for insolvency practitioners is an important step to a very good direction, industry experts say. ANAF is… END_OF_DOCUMENT_TOKEN_TO_BE_REPLACED

Romania lost to Estonia in the final vote to get the non-permanent member position within the UN Security Council for the period 2020-2021. On Friday,… END_OF_DOCUMENT_TOKEN_TO_BE_REPLACED

eMAG hopes to get the opinion of the Hungarian Competition Council over the next two months for the acquisition of Extreme Digital, the market leader… END_OF_DOCUMENT_TOKEN_TO_BE_REPLACED