Inflation? Some statistics: What fuelled, in fact, price increase in March 2018 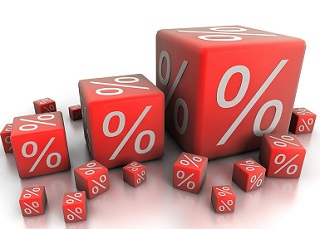 More than half of the annual inflation rate in March 2018 (which went up to 4.95%) was the result of commodity and commodity price increases in the consumer basket which had prices administered or heavily influenced by indirect taxation (through excise duties), according to an analysis by INS.

As an order of magnitude of the influence on the consumer price index, the most important developments in this respect were in the fields of electricity, fuels and tobacco products, all with relatively large shares in the consumer basket based on which inflation is calculated, followed by natural gas and the eternal, discreet but persistent price increase in water supply and sanitation services 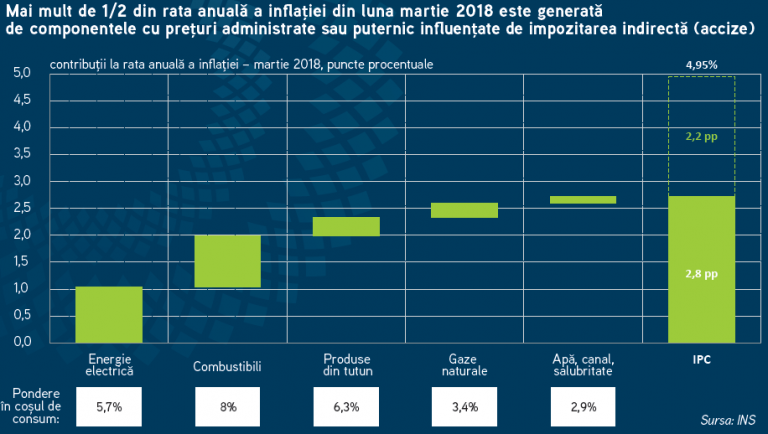 Spark – lit by components from outside the scope of monetary policy

All in all, we faced the situation where about two-thirds of the annual inflation rate recorded at the end of the first quarter of this year was found in the so-called „exogenous components”, placed from the technical point of view outside the monetary policy’s sphere of influence.

Besides the groups that are important in terms of share in consumption, presented above, major influences came from the so-called VFE group (abbreviation of vegetables-fruit-eggs) of the volatile prices.

Although these products do not have very high shares in the consumer basket, they still show very large price percentage changes throughout the year (see the famous potatoes case…) depending on seasonal factors, production and/or temporary stocks or even special situations such as the scandal in the West about the contaminated eggs. (see chart). 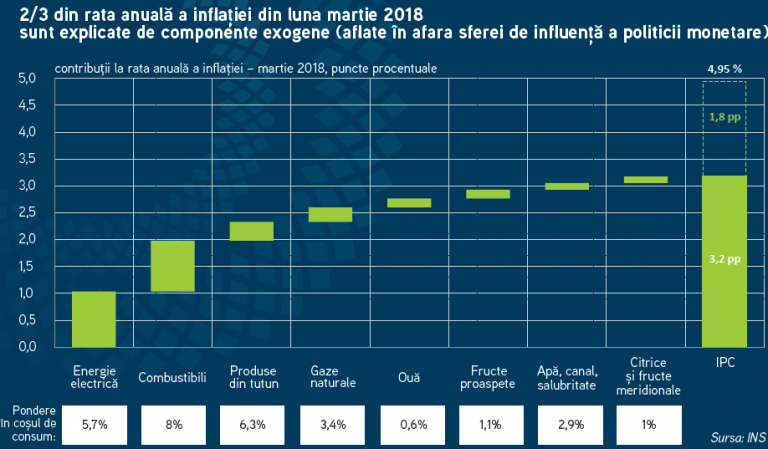 Shocks and their implications

A series of sudden price changes in the second half of last year and the first month of 2018 had a strong influence on the advance of the consumer price index calculated against the same month of the previous year, up to 4.95%.

The signal has been launched, with an influence of a half-percent contribution to this value, by the first round of the increase in the excise duty on fuels (see chart :). 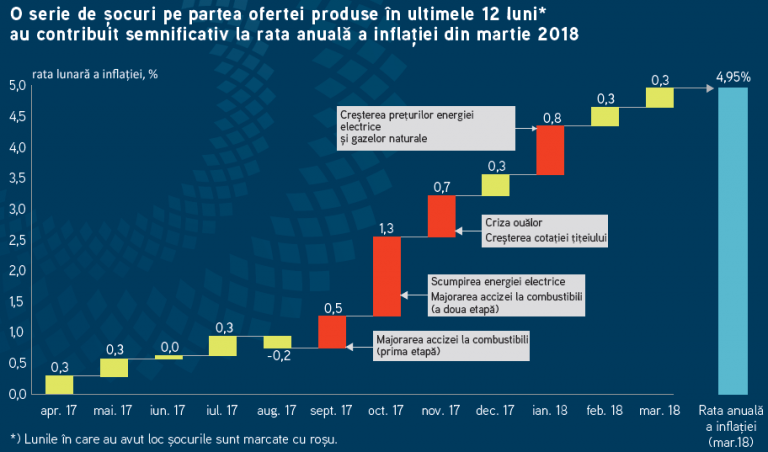 The electricity price increase and the effect remained from the increase of the excise duty on fuels led afterwards, in October 2017, to the highest increase level (1.3%), completed (an unfortunate coincidence) up to the level of two percentage points following the egg crisis and the increase in oil prices, internationally.

Finally, the increase on January 1, 2018, in electricity and natural gas prices added an extra 0.8 percentage points to the annual inflation.

That raises, again, the question of when these price increases are applied, naturally felt more acutely in the winter months, when energy consumption is higher.

Obviously, it is not a question of making all the price increases in the last 12 months attributable to these factors – there are others as well, more complicated, on which we have drawn the attention many times over the last year and to which we shall get back.

However, it cannot be overlooked that these developments have amplified a phenomenon that would have had an entirely different levels, much lower than the 5% threshold that has been almost reached.

The good news in this context is that the inherent disappearance of these factors (after the once produced basic effect will dissipate, it will be difficult to produce again the same increases in 2018) will be able to calm down the general price increase and gradually drive it to a more sustainable level for the purchasing power related to the population’s incomes.