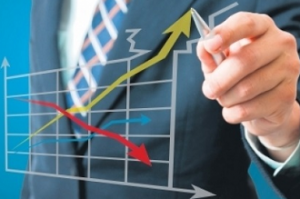 The International Monetary Fund (IMF) has revised upwards the Romanian economy growth forecast for this year, from 4.4% to 5.1%, according to the latest World Economic Outlook, published on Tuesday by the international financial institution.

According to the document regarding the perspectives of the global economy, Malta and Romania will record the largest economic growth in Europe this year, of 5.7% and 5.1%, respectively.

On the other hand, in 2019, the IMF expects a significant slowdown to 3.5% in Romania’s GDP growth.

„Growth prospects for emerging Europe, now estimated at around 6% in 2017, would moderate to 4.3% in 2018 and 3.7% in 2019, supported by the favourable external environment, advantageous financial conditions and a stronger demand for exports from the Eurozone,” the IMF emphasizes in the “World Economic Outlook“.

Regarding the evolution of consumer prices in Romania this year, the estimates of the international financial institution have been revised upwards to an inflation of 4.7%, from 3.3% as estimated in October, and the pace of price increase is expected to lessen in 2019 to 3.1%.

On the other hand, the IMF revised downwards the estimates of the unemployment rate in Romania, which is expected to be 4.6% this year, compared to 5.2%, as previously estimated. Also, the unemployment rate will be at the same level of 4.6% in 2019, according to the forecast of the global financial institution.