How did Estonia reach the world top in digitalization. INTERVIEW: Margus Noormaa, General Director of the Estonian Information System Authority 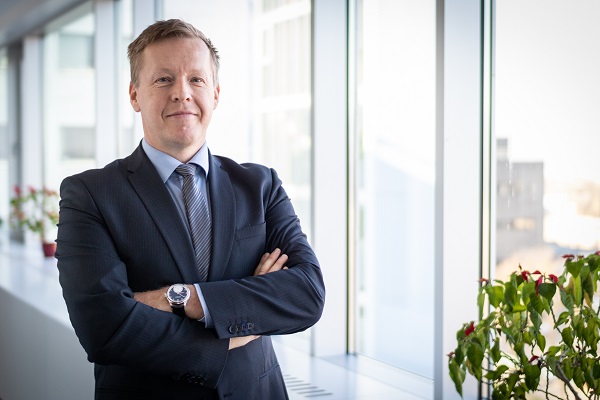 Estonia is well-known as a phenomenon of digitalization. On the official website of the European Commission it is mentioned to be „Estonia is probably the only country in the world where 99% of the public services are available online 24/7. E-services are only impossible for marriages, divorces and real-estate transactions – you still have to get out of the house for those.”

It wes the first country to introduce the online voting, in 2005, and at elections in 2014 about 32% of the citizens voted online. „Estonia saves over 800 years of working time annually and has become a hassle-free environment for business and entrepreneurship.”

How did Estonia het here? Margus Noormaa (photo), General Director of the Estonian Information System Authority answered the questions of CursDeGuvernare.ro regarding the steps made by the public administration, the methods and processes adopted, the reaction of the public servants and citizens and, as well, the costs of digitalization.

The key ideas, which may be found constantly in the interview, are about:

CursDeGuvernare.ro: Estonia started the digital transformation of the Government services and the society 18 years ago. Which were the crucial 2-3 measures to be taken at the beginning, to start the digitalization, measures which had relevant impact? 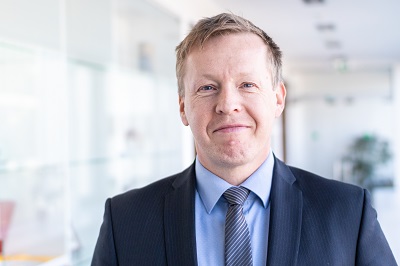 Margus Noormaa: The creation of e-Estonia wasn’t an overnight system implementation and didn’t have a grand opening. In fact it was a governmental strategy over decades that lead to the well-functioning e-society

1) Interoperability solution for automated Data Exchange X-Road; the X-road platform was created in the end of 90’s, at the edge of millennium shift. Reason behind this was a demographical and economical – we didn’t have enough people to serve our population and also not enough money to buy a sophisticated centralized system. The solution was to keep all the systems, responsibilities, etc. as it was (status quo) and to build an interoperability platform that makes it possible to interconnect systems with different platform and languages – basically an data exchange interoperability protocol. It took a few years to interconnect all main registries.

2) National identity card with electronic identification and digital signature capabilities; to the citizens the e-Estonia life started after launching the Estonian ID-Card (containing eID chip). ID-Card was launched in 2002. There were just a few services available online in the beginning – mainly e-Banking and e-Tax. But after three years, when many registries were connected to the X-Road, the new e-services started to pop up more frequently. 2007 was a major breakthrough. We could see in the statistics a huge growth of both services and use of e-ID to access the services.

CursDeGuvernare.ro: Which are the main steps to digitalize the public administration?

Margus Noormaa: Automation of existing processes and creating “self-service” websites that residents can use instead of visiting that administration physically. There has to be will to push on with the automation as well.

CursDeGuvernare.ro: Were there any steps/measures that, after implementation, generated any problems, did not work well; maybe problems you didn’t anticipate? Please describe an example and the solutions.

Margus Noormaa: At the beginning public administration institutions weren’t very excited about the data sharing and implementing once only principle. Estonian government used soft measures to force public administrations to implement data exchange platform X-Road. These methods were foundation money for a new and renewed IT project. In general, among other requirements the projects shall include integration with X-Road to qualify for funding.

CursDeGuvernare.ro: What happened to the public servants in this process? Were they reluctant, did they lost their jobs? What solutions did Estonia find for this issue?

Margus Noormaa: Indeed, the amount of workers in public sector has been reduced dramatically for a past two decades. But this was the aim to save money on public administration and increase budget in other areas like health, education, etc. People weren’t “fired” at once, it has been a long (over a decade) and predictable process of reforms to modernize public administration. There hasn’t been any big issues on the national level. It is more of a local problem, similar when a local entrepreneur moves or closes his/her business. Also this decrease of public servants is part of a long term plan, so the news doesn’t hit people overnight and usually people knew ahead about the reforms for a long time of period (in many cases at least year). Normally people find a new job through unemployment program or by themselves in other business area or by re-qualifying to a new.

Margus Noormaa: Educational process started already in the mid 1990’s with a “tiger leap” program in schools – details, here. Next step was the “village road” (in Estonian – “külatee”) project in the end of 1990’s to establish internet connection in every public institution and library (even in the most rural areas). These were public internet access points.

In coherence with these programs there were several educational programs for unemployed and retired people. These programs taught people how to use a computer and self-services over internet. Later, after issuance of national ID-card (card includes cryptographic chip for electronic identification and digital signatures), these courses included how to use ID-card in e-Services. Also there has been numerous campaigns in mass media (TV, radio, newspapers, online media) about new e-Services and how to use them (including ID-Card usage). Since people were also familiar with e-banking (majority of Estonian banks introduced internet banking in second half of 1990’s), the adoption for the majority of the population went relatively smoothly.

CursDeGuvernare.ro: How did you (at the decision level) manage the costs of digitalization in public sector? Which were the main sources of finance – EU funds, private-public partnerships, state budget etc?

Margus Noormaa: All of the mentioned, but mainly state budget (later, after becoming EU member, the EU funds made an essential part). The main idea was to get self-sustained. It means by modernization, the administration had to show how much resources (including money) they will save annually. It was (and still is) hard to get funds for a project that did not cut the costs and help to save money. So the modernization had to be done in such way that the public administrations could function with existing or even lower budget.

CursDeGuvernare.ro: Could you mention a medium overall amount invested in digitalization processes in the last 18 years? 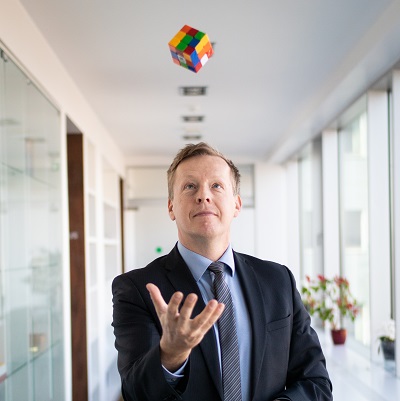 Margus Noormaa: It is hard to tell the exact number, because many projects were done in coherence with other reformation projects. Also the economic situation has been dramatically changing for the past two decades (a lot of things are today hundreds or even thousands times more expensive). Cost of a reformation project might be as low as 10 000 € and as big as 1M € (or even more). Over two decades these investments amount surely for more than billion euros. But if we calculate how much the public administration has saved money by implementing these systems over that period of time, we can speculate that it has already repaid itself (negative cost). Since majority of the projects are done by the Estonian companies, we see it more like investment in national economy and not an extra cost for modernization of public administration. Everybody wins.

CursDeGuvernare.ro: Which are your main recommendations for governments like Romania where the digitalization process is still at the very beginning? The first necessary steps.

Margus Noormaa: To start with, the data exchange must be implemented (both technically and legal framework). If there aren’t technical and legal frames then there will be no interoperability and any possibility for fully automated processes.

Second step would be the automation of processes that at the moment are done by human paperwork. So instead of papers the data should travel from institution to institution and many process decisions can be done by the system and in the system (e.g there is no need for human to check whether the fields are filled or not). You can keep the processes that works, but eliminate the possibility for human error in that process – so it’s more efficient and less time consuming.

From the users perspective the most vital tools are authentication (electronic identification) and digital signing tools. Simplicity should be the goal – one tool, two functions.

In terms of using digital signatures, it is essential that the signature is EU Qualified Electronic Signature (QES). This type of signatures is in EU legal system equal with handwritten signature. It does not matter if you sign with pen or digitally – they are valued and viewed as same. And less is better – by implementing just one type of signature there will be less legacy to deal with later and its more straight forward for the user (no need to figure out what type of signature are used in different processes).

The QES signature is most essential to digitize a country – without it most of the processes in public administration will either remain on paper or can’t be ever fully automated. This is what we’ve seen in many EU countries, where QES signatures are not in use. In terms of automation they need to change the regulation, but changing all regulations could take decades or could not be changed at all. Having QES as a standard method in digital process will eliminate legal issues and it will enable implementations of fully automated processes