GFG Alliance has committed to invest one billion euros to upgrade Galati steel plant in order to reduce emissions and increase production. Another EUR 1… END_OF_DOCUMENT_TOKEN_TO_BE_REPLACED

The transition to a green economy needs to be supported by new, additional European funds, distinct from Romania’s allocations from the future EU multiannual budget.… END_OF_DOCUMENT_TOKEN_TO_BE_REPLACED

Romania fell 3 places to the 10th position in the ranking of largest investments made by the European Bank for Reconstruction and Development (EBRD), after… END_OF_DOCUMENT_TOKEN_TO_BE_REPLACED

The Transport Ministry, as the Intermediate Body in Transport, approved the financing request for the project “Construction of Sibiu – Pitesti highway”, Sections 1, 4… END_OF_DOCUMENT_TOKEN_TO_BE_REPLACED 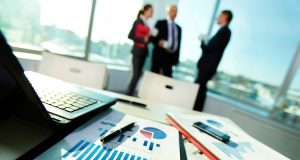 Although the number of impact companies (with assets over one million euros) is increasing compared to the previous year, their 4% market share remains unchanged and their value as a share in the economy increases exponentially.

More than half of almost four million employees in Romania are working in impact companies.

At the beginning of 2018, 29,000 companies with assets of over one million euros were operating in Romania.

CITR Group study also shows that 4% of Romanian companies concentrate 79% of business and produce a turnover of EUR 237 billion, by 14% more compared to the previous year.

Anca Manitiu, CIT Restructuring CEO: “Year-on-year, we are seeing an increasing concentration of the market, in terms of turnover, around the impact companies. Although the share of small companies maintains at an overwhelming level of 96%, they have an ever lower impact. Their economic importance, given by their volume of business, is continuously diminishing, a dynamic leading to a stronger polarization of the business environment between impact companies and the rest of companies, but also to deepening gaps within the impact category, between fundable companies that perform increasingly better every day and those with difficulties, whose indicators are deteriorating.”

As a result of the CITR Group’s analysis, the average indebtedness rate maintains the increasing trend, the fixed assets have a weaker usage efficiency, and the working capital management, expressed by the collection of claims and stock movements, is slightly worsening.

Regarding the Romanian economy, CITR Group specialists found that it is centred within the profitability ranges of 0% -20% and an indebtedness ratio of up to 50% with a debt recovery period of 70 days.

Vasile Godinca-Herlea, CITR CEO: “The Romanian business environment, after 30 years of market economy, looks like an engine that overheats. We are a country with a business supported by only 4% of all companies, and out of this small percentage, the majority (51%) are experiencing difficulties. The impact of maintaining an overwhelming number of impact companies within the ​​difficulty area jeopardizes the stability of the community where they operate and the business ecosystem. The large share of their turnover they generate in the market increases their importance for the active population and the need for them to be healthy. Their small share and high degree of difficulty they manifest, through the analysed indicators, show us how vulnerable the Romanian business environment is.”

CITR Group specialists expect that in 2019 the number of companies in difficulty will increase, in the context of a sharp economic growth slowdown registered in previous years. “With the deepening current account deficit and budget deficit and inflationary pressures, we have signs that the structure of companies will change through an increase in the proportion of companies that can be restructured and insolvent companies. We expect a deeper polarization than in 2018, healthy companies will perform increasingly better and those with difficulties will experience a worsening trend, which, in conjunction with macroeconomic changes, will create significant risk factors for the next period. We may witness an increase in imbalances,” the CITR Group experts announce.

GFG Alliance has committed to invest one billion euros to upgrade Galati steel plant in order to reduce emissions and increase production. Another EUR 1… END_OF_DOCUMENT_TOKEN_TO_BE_REPLACED

The Transport Ministry, as the Intermediate Body in Transport, approved the financing request for the project "Construction of Sibiu - Pitesti highway", Sections 1, 4… END_OF_DOCUMENT_TOKEN_TO_BE_REPLACED

Lack of trust in authorities, corruption and low living standards are the main reasons why young people leave Romania. The data is part of a… END_OF_DOCUMENT_TOKEN_TO_BE_REPLACED

Romania is the EU country with the fewest cars in terms of the number of inhabitants, according to data recently published by Eurostat. We appear… END_OF_DOCUMENT_TOKEN_TO_BE_REPLACED

The Government is preparing the public for the first measures aimed at avoiding the budget slippage, which would be applied by the PSD-ALDE government. News… END_OF_DOCUMENT_TOKEN_TO_BE_REPLACED

French Prosecutor Jean-Francois Bohnert will be appointed as head of the European Financial Prosecutor's Office, a position for which he was heard on Thursday, 11… END_OF_DOCUMENT_TOKEN_TO_BE_REPLACED

Romania recorded the highest road deaths in the EU also last year, with 96 deaths per one million inhabitants in 2018, almost double the EU… END_OF_DOCUMENT_TOKEN_TO_BE_REPLACED

Sorina Pintea announced on Thursday further new changes that will be brought to the functioning of the health care system, including new rules for employment… END_OF_DOCUMENT_TOKEN_TO_BE_REPLACED

The new order on approval and selection procedures for insolvency practitioners is an important step to a very good direction, industry experts say. ANAF is… END_OF_DOCUMENT_TOKEN_TO_BE_REPLACED

Romania lost to Estonia in the final vote to get the non-permanent member position within the UN Security Council for the period 2020-2021. On Friday,… END_OF_DOCUMENT_TOKEN_TO_BE_REPLACED

eMAG hopes to get the opinion of the Hungarian Competition Council over the next two months for the acquisition of Extreme Digital, the market leader… END_OF_DOCUMENT_TOKEN_TO_BE_REPLACED