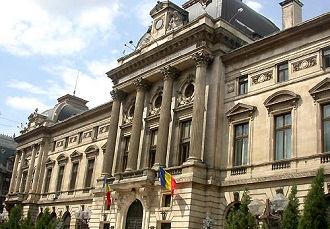 The National Bank of Romania (BNR) has maintained the inflation forecast for the end of 2018 at 3.5% but has raised the forecast for 2019 from 2.7% to 2.9% under the pressure of the administered prices, labour market tensions and oil quotations.

Consumer Price Index (CPI) is expected to reach 3.1% “at the forecast horizon (3rd quarter 2020)”, according to the 2018 edition of the report on inflation published by BNR on Thursday.

However, the general trend is a decrease in inflation, but „á la long, we predict that the Romanian economy will not have an inflation of, let’s say, 2%. It is an economy that is running to close the gaps and it is inevitable to have a higher inflation,” BNR Governor Mugur Isarescu said at the presentation of the report.

„We will be like that for about 10 years,” Mugur Isarescu said.

„For the current year, wider reconfigurations at the level of exogenous components (against the monetary policy, editor’s note) targeted the dynamics of fuel prices (a revision of the contribution by 0.2 percentage points compared to the previous report), while for 2019 the differences are explained almost entirely by the evolution of the administered prices (adjustment of 0.2 percentage points),” the report says.

Natural gas could have the main contribution to inflation, among administered prices. 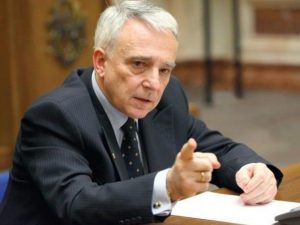 „The administered prices, although they should be the easiest to predict, have come to being for us the component with the biggest surprises, up and down,” BNR Governor Mugur Isarescu said at the presentation of the report.

The Governor of the National Bank of Romania gave the example of the surprise from the surge in the energy prices occurred the summer. „Now we are discussing the gas price.”

Added to these, we include the labour market tensions and the contribution of raw material prices and especially oil prices, which can provide surprises, even if they are now going back from USD 80 to USD 70 a barrel.

„From the beginning of 2019 to the horizon of the forecast, the annual CPI inflation rate will be repositioned and maintained in the upper half of the target range” (1.5 – 3.5%), says the report of the National Bank of Romania.

Arguments of a downward trend

The downward trend in inflation is more evident in the adjusted CORE 2 index (which excludes the administered prices), which fell from 2.9% in June to 2.7% in September. 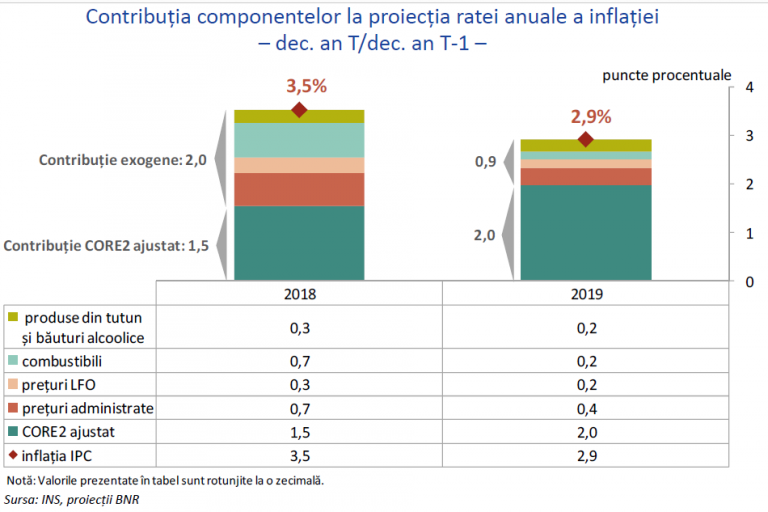 Risks: Tensions in the labour market

One of the biggest inflationary risks is the result of the tensions in the labour market: 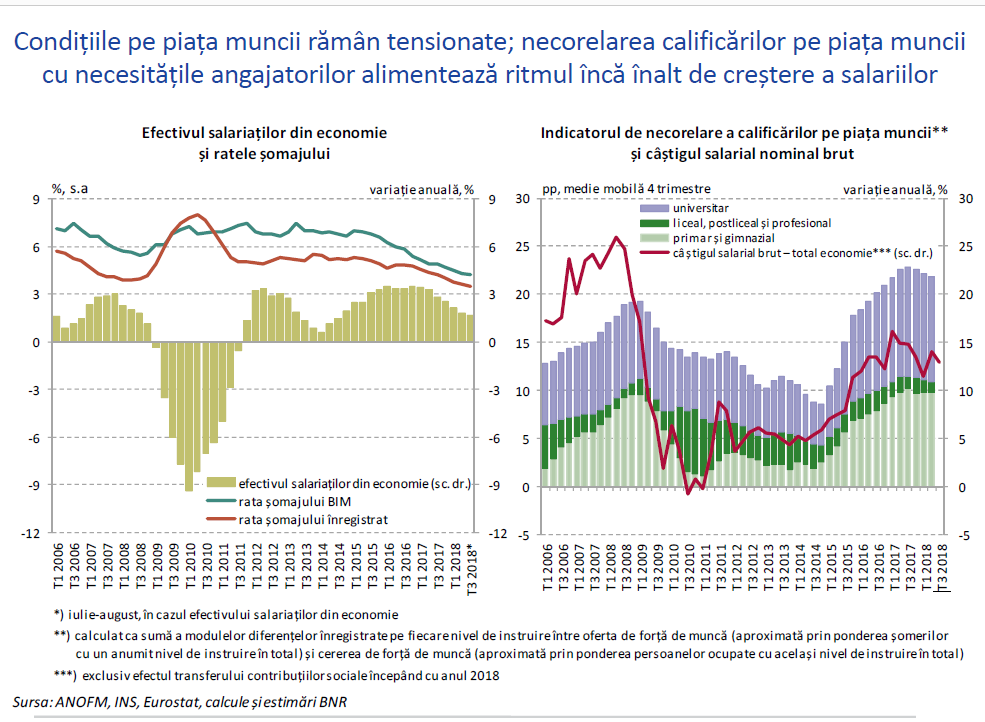 „Because of the lack of supply-demand matching (in the workforce), we may have deviations from the correlation we keep between the productivity and wages. When you have a tense situation, it is wise not to aggravate it”, Mugur Isarescu merely commented, cautiously, „the delicate situation” on the labour market.

Besides, journalists’ questions made the BNR Governor to launch his warnings in the form of definitions.

„One of the definitions of the foreign deficit: is equal to the deficit in the governmental segment, with the deficit or surplus in the non-governmental one. So the two of them are getting balanced externally,” says Mugur Isarescu.

Foreign deficit means either a budget deficit and a balance in the non-government sector or deficits in both segments.

A deficit in the foreign exchange market could have „behind” a budget deficit.

„We need to have a balancing program just like when we had an agreement with the IMF. I cannot say that we are now far from this situation. Frictions still occur,” warned the BNR Governor.