Net subscriptions in Romanian mutual funds (the difference between invested and withdrawn amounts) became again positive in 2019 after they had been negative in 2018.… END_OF_DOCUMENT_TOKEN_TO_BE_REPLACED

Romgaz (SNG) announced the start of production in the deep area of Caragele deposit (Buzau), the biggest discovered in the last 30 years and one… END_OF_DOCUMENT_TOKEN_TO_BE_REPLACED

Romania managed again to stand out at the EU level by recording the highest level of the public deficit in the third quarter of 2019,… END_OF_DOCUMENT_TOKEN_TO_BE_REPLACED

According to data provided by INS, in November 2019 Romania recorded a new alarming decrease in monthly industrial production at the level of the negative… END_OF_DOCUMENT_TOKEN_TO_BE_REPLACED

Almost 600,000 Romanian children and young people aged between 0 and 19 years, that is 12.6% of the total Romanian people in this age group,… END_OF_DOCUMENT_TOKEN_TO_BE_REPLACED

Beware of mechanism chopping billions of euros for investments: Unseen face of PNDL – in a Court of Auditors report kept secret for two years 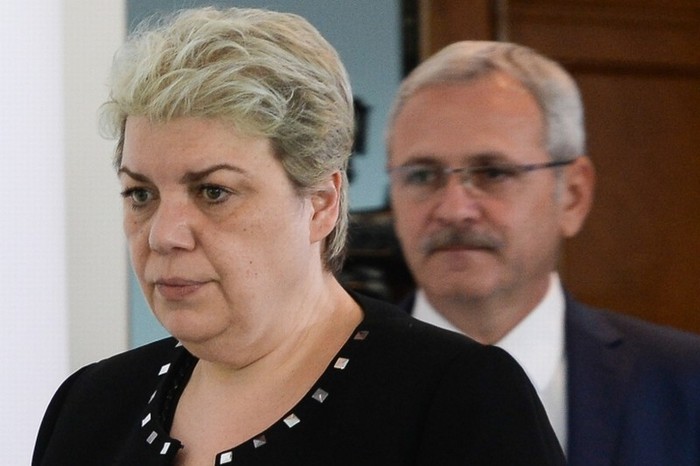 The winning team does not change

The Court of Auditors says otherwise. The Court’s findings present the severe anomalies of the mechanism that chops tens of billions of euros, money made available to only one person who has the decision power – as stipulated in the ordinance that PSD issued in 2013.

At the beginning of 2015, the Court of Auditors conducted a performance audit of the National Program for Regional Development, a program financed from the state budget and implemented through the local authorities. The period under review: years 2013 and 2014, when Liviu Dragnea was Minister of Development and one of the secretaries of state was Sevil Shhaideh.

It is worth mentioning that PNDL is the program to manage regional investments of 30 billion lei over the next 3 years – through commitment appropriations.

At the end of the audit, in April 2015, the Court presented a summary of this report, but the institution headed by Nicolae Vacaroiu never published the full document. After he became MP, following the 2016 elections, Cristian Ghinea asked to read the full version, which he formally requested from the Court of Auditors. He received the document on 10 April 2017, one week before the PSD leader announced the second phase of the program.

According to the general conclusions of the external public auditors, “in the absence of a national strategy in the field and in the context of legislative shortcomings and/or inconsistencies, PNDL did not function as a national program in line with the legal provisions.”

The Court also explains how PNDL was used: initially, in 2013, it represented a source of funding for the UATs’ arrears generated during the previous implementation of three other programs, and later on, in 2014, a financing source for needs from the most diverse areas of local interests.

2) From the perspective of the Public Finance Act, PNDL should not have to operate

The auditors also found at the beginning of the audit (January 2015):

3) How PNDL became, by order of minister, a discretionary financing tool

According to the Court of Auditors’ conclusions, Liviu Dragnea’s ministry regulated the “particular” situation in which the beneficiaries could bypass the county council and address directly to the ministry for obtaining funds.

Additionally, by order of the minister, the article that set clear deadlines for submitting the funding applications has been repealed.

The ministry also granted funds for new investment objectives, although the legal requirement was to “further” finance on-going objectives, namely to bring things to an end.

The mechanism outlined in the report: OUG 28/2013 and the minister orders issued afterwards are so ambiguous that they allow for an investment objective for which there are no contracts/financing agreements concluded (that is, those defined in the OUG as new objectives) to be considered on-going objective if there “has been funds allocated from the state budget, local budget or other legally constituted sources“.

The Court of Auditors also found that, in 2013 and 2014, PNDL also covered invoices issued for works executed between 2009-2012 through the similar program (PNDI) managed by Elena Udrea at that time. PNDI – an entity similar to PNDL, had been harshly criticized by Romania’s international partners precisely because of the lack of transparency in allocating the money at the regional level.

PSD changed Elena Udrea’s PNDI in 2013, turning it into PNDL: The money has no longer been allocated by government decision but by a simple order of the minister.

In the database “investment objectives, end of the year 2012”, there are 6,186 objectives “inherited” from Elena Udrea’s PNDI. The Court of Auditors found that the Ministry of Development financed in 2013 only 1,230 on-going objectives and for the remaining 4,956 investments there is no data or information.

For the new contracts concluded between 2013-2014, the Court of Auditors finds:

The Court of Auditors also states: “Movements of staff, verbal appointments of county officers on fixed terms have led to difficulties in recovering the files related to the PNDL implementation and the impossibility to chronologically organize the documents, with the risk for some documents to have been removed or lost because of the mismanagement of files.”

6) And some consequences. Worth hundreds of millions or billions

The Court of Auditors notes that there is a difference of 386 million lei in 2013 between the estimated and allocated amount, out of which 33.55% is not properly substantiated.

In 2014, the difference between the two amounts goes up to 1.3 billion lei, and the share of amounts that are not properly substantiated rises to 58.63%.

The Court has also found a series of orders of the minister that approved in 2014 the financing of new objectives in Gorj, Dambovita, Vrancea, Suceava, money officially allocated in mid-December for road coverage or modernisation works, even though the local authorities had at most two weeks left for completing the works.

The height of stupidity. Or of thievery. When a public toilet gets before a commune’s water supply

In the absence of clear procedures for the registration/archiving/circulation of documents, with the overlapping competencies, the uncertainty regarding the responsibility of the staff, the limited evaluation capacity, the Court notes that the ministry has been concerned with improving the coordination and transparent selection of the infrastructure projects.

In this respect, the ministry submitted a project and obtained a 12.8 million lei financing through the OP Technical Assistance and contributed a co-financing of 2.2 million lei for conducting an analysis of how the investments financed from the budget could be complementary and better correlated with other sources of funding “to encourage synergies, a greater impact and the sustainable development of Romania“.

This project has been implemented with the World Bank support, for which the Ministry signed in 2014 an advisory service agreement worth EUR 2.5 million.

The main activities of the project have been structured on 5 components, one of which related to the organization of a management team and the operationalization of the project headquarters, and another for know-how exchange, probably involving visits of some Romanian delegations abroad.

Without naming who was dealing with component 2 – “Correlation of national investment strategies,” the Court states that the team handed over the final report on 27 December 2014, which does not include an “exhaustive list of actions”.

Regarding the efficiency, the Court’s report also notes that between June-December 2014, the ministry rejected the financing needed for 247 objectives of major importance in the water supply and sanitation area because of insufficient funds available, although approved amounts estimated at 56.6 million lei for investment projects such as a “New sanitary group”, “Expanding a commune office building” or a “Sport facility”.

The Transport Ministry, as the Intermediate Body in Transport, approved the financing request for the project "Construction of Sibiu - Pitesti highway", Sections 1, 4… END_OF_DOCUMENT_TOKEN_TO_BE_REPLACED

Lack of trust in authorities, corruption and low living standards are the main reasons why young people leave Romania. The data is part of a… END_OF_DOCUMENT_TOKEN_TO_BE_REPLACED

Romania is the EU country with the fewest cars in terms of the number of inhabitants, according to data recently published by Eurostat. We appear… END_OF_DOCUMENT_TOKEN_TO_BE_REPLACED

The Government is preparing the public for the first measures aimed at avoiding the budget slippage, which would be applied by the PSD-ALDE government. News… END_OF_DOCUMENT_TOKEN_TO_BE_REPLACED

French Prosecutor Jean-Francois Bohnert will be appointed as head of the European Financial Prosecutor's Office, a position for which he was heard on Thursday, 11… END_OF_DOCUMENT_TOKEN_TO_BE_REPLACED

Romania recorded the highest road deaths in the EU also last year, with 96 deaths per one million inhabitants in 2018, almost double the EU… END_OF_DOCUMENT_TOKEN_TO_BE_REPLACED

Sorina Pintea announced on Thursday further new changes that will be brought to the functioning of the health care system, including new rules for employment… END_OF_DOCUMENT_TOKEN_TO_BE_REPLACED

The new order on approval and selection procedures for insolvency practitioners is an important step to a very good direction, industry experts say. ANAF is… END_OF_DOCUMENT_TOKEN_TO_BE_REPLACED

Romania lost to Estonia in the final vote to get the non-permanent member position within the UN Security Council for the period 2020-2021. On Friday,… END_OF_DOCUMENT_TOKEN_TO_BE_REPLACED

eMAG hopes to get the opinion of the Hungarian Competition Council over the next two months for the acquisition of Extreme Digital, the market leader… END_OF_DOCUMENT_TOKEN_TO_BE_REPLACED