ANRM: OMV Petrom and ExxonMobil will increase by over 50% Romania’s production, with natural gas from Black Sea - CursDeGuvernare.ro

ANRM: OMV Petrom and ExxonMobil will increase by over 50% Romania’s production, with natural gas from Black Sea 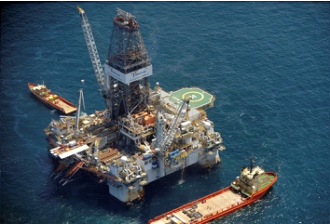 ExxonMobil and OMV Petrom will extract 6 billion cubic meters of natural gas per year from the Neptune block in the Black Sea.

Romania will reach a natural gas production of 18-20 billion cubic meters by 2025 if all projects in the Black Sea are implemented, said Tuesday Sorin Gal, General Director of the National Agency for Mineral Resources (ANRM).

At present, about 11 billion cubic meters of natural gas are extracted in Romania, and national consumption is still around this value, according to ANRM’s General Director, quoted by Agerpres.

„Exxon should express in November 2018 its intention to start the project implementation phase. They have done and continue to do many initial operations to enter the implementation phase, have searched for suppliers for the services and facilities they want to build, and tried to find partners in Romania for that. It was quite difficult and very poor results have been obtained, so to speak, because there is no support industry in Romania that can offer services at the level required by Exxon,” said Sorin Gal at the ZF Power Summit conference.

The ANRM representative showed that the study for the evaluation of the resources and reserves in the Neptun bloc is about to be completed and will probably be submitted this year for approval to the Agency for Mineral Resources.

„They are very motivated and have had several meetings, including with the project manager who is the same as the one in charge of the Gulf of Mexico, so the Black Sea resembles the Gulf of Mexico in terms of depths and method of exploitation. Probably around 2020-2021 they will start to produce natural gas from the Black Sea and their potential is 6 billion cubic meters per year,” the ANRM director added.

OMV Petrom and Americans from ExxonMobil have successfully completed the second drilling campaign in the Black Sea Neptune perimeter, where the two companies have invested a total of EUR 1.5 billion from 2008 until now. The first estimates show that between 42 and 84 billion cubic meters of natural gas could be within the Neptune’s perimeter.

Petrom is already producing one billion cubic meters of natural gas per year in the Black Sea.

Another company, Black Sea Oil and Gas, which leased Midia and Pelican Black Sea perimeters, will start the production at the middle of next year.

„The company is already in the process of finalizing the surface installation project. They made an agreement with EBRD to have an additional financing. Somewhere in the middle of 2019-2020 interval, they will start to produce around one billion cubic meters per year,” the ANRM director added.

A third major project in the Black Sea is in the Trident perimeter, where there is a discovery, but it has not been declared as commercial so far. Production could start here with a one-two-year difference compared to the Neptune perimeter.