Romania has improved its competitiveness compared to the Czech Republic and Bulgaria at the regional level in recent years but lost ground compared to Croatia,… END_OF_DOCUMENT_TOKEN_TO_BE_REPLACED

If delayed long after 2022, the investment in natural gas exploitation in the Romanian commercial area of ​​the Black Sea could become unprofitable. Also, not… END_OF_DOCUMENT_TOKEN_TO_BE_REPLACED

The National Institute of Statistics confirmed the signal result of the economic growth for 2020 at the level of -3.9%, in the first preliminary version… END_OF_DOCUMENT_TOKEN_TO_BE_REPLACED

Analysts: National Bank of Romania is adapting its policies to Government’s rope walking between budgetary pressures. How interest rates and exchange rate will increase 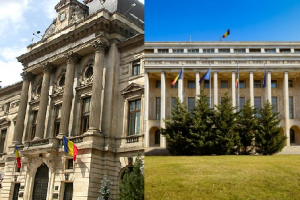 The National Bank of Romania (BNR) will adjust its monetary policy and the floating exchange rate policy to the developments in the imbalances resulting from the Government’s tax policy, according to the analysts of the most important banks in Romania.

“The monetary policy looks a little like an exercise of walking on a rope placed at a high height,” says Horia Braun Erdei, BCR Chief Economist, in the most recent report of the bank’s research department.

If by the end of this year we could hope for a mitigation of the monetary and currency pressures, next year the domestic financial market will face a complicated mix of risks. 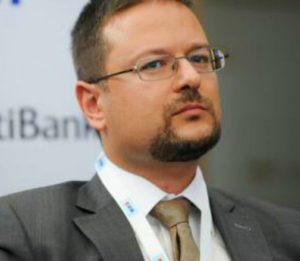 Thus, at the domestic level, we already have the well-known risks related to the tax policy – reminds Horia Braun, Chief economist of BCR (photo).

“The Government will have to take additional corrective measures to avoid budget slippages, and this will happen in the context of a gradual erosion of the economic growth, which we see in a slowdown next year at 4.1%, from 6.1% forecasted for this year,” according to BCR’s baseline scenario.

In other words, the Government will try to obtain money by any means. And yet: the risk of an economic growth erosion is preferable to a “hard landing” which follows a possible continued stimulation of the unsustainable growth.

“This scenario would bring us closer to the risk of a hard landing, because it would almost invariably mean a widening of the current account deficit, an increased inflation in the future, a weaker exchange rate but also obviously higher interest rates, given that BNR will have to bear in this case the whole burden of anti-cyclical policies,” writes Horia Braun.

And if “during all this time, winds on the seas of the international markets will also turn against us, our ship will face the mother and father of a pitching. Respectively, a volatility of which we should get scared,” concludes the quoted economist.

Signs of “more aggressive state intervention in the economy” and also the risks “to the mid-term macroeconomic stability” were also reported by Andrei Radulescu, Senior economist at BT.

To all these, there are also added the external risks, which could become decisive and even more important than domestic ones.

External reasons for concern in 2018 “are multiple”, and as more important as “the investors’ sentiment on international markets will be the determining factor for the direction the local financial markets will take,” according to Horia Braun:

As both BNR’s monetary and currency policy depend on inflation, Andrei Radulescu (photo) summarizes the risk factors to the short and mid-term inflation, to which BNR also draw attention:

Here is the graph of the imbalance between consumption and investment, stimulated by the Government’s fiscal policy 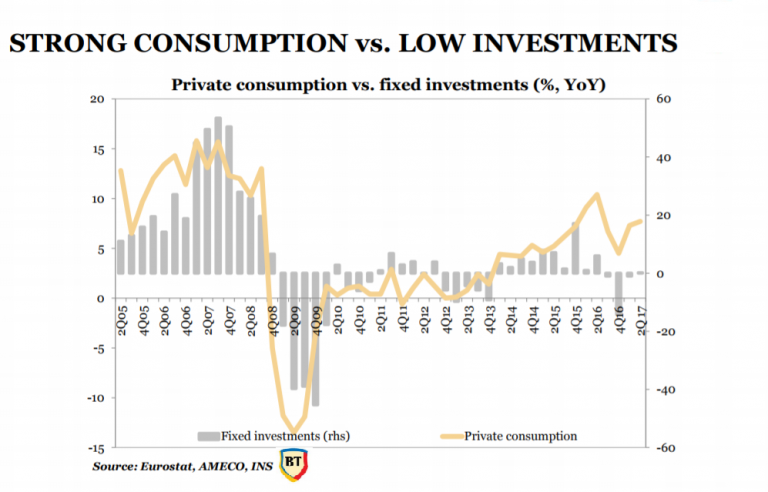 So, BNR will try to mitigate the effects of the risks and prevent them, as far as possible, while avoiding radical moves as much as possible.

“Prevention is, as in many other situations, more efficient and less costly than intervention, and a minimally invasive intervention procedure creates the premises for faster healing, not only in the medical situations,” said Florian Libocor (PHOTO) recently, Chief economist of BRD – SocGen, for Cursdeguvernare.

All these risks require the central bank to continuously adjust its own policies to the Government’s policy balancing act. And economists’ expectations are leaning more and more toward the concessions made to the RON depreciation.

On the one hand, the recent increase of inflation at a faster rate than expected implies the tightening of monetary policy, namely the increase in the BNR policy rate:

“We do not rule out the possibility of an increase in the reference interest rate in the last meeting of this year” on BNR’s monetary policy, in November – says BT Senior Economist.

In both scenarios, BNR will first narrow down the corridor of interest rates between its deposit facility offered to banks and the lending facility (Lombard).

Narrowing the BNR corridor of interest rates “would raise the threshold to which interest rates on the money market can decrease, a relevant aspect considering that the Government will spend in the last two months of the year much of the annual fiscal deficit, which is equivalent to an injection of liquidity into the banking market,” says Horia Braun.

On the other hand, depreciation pressures on the local currency are on the rise and, given the Government’s urgent need for this currency, the RON-euro foreign exchange market could take over more of the shocks resulting from the macroeconomic (budget, trade, current account) deficits.

Against external circumstances as calm as now and provided the budget deficit is maintained below 3%, the increase in the interest rates will save RON from high depreciation, at least until the spring, due to the interest rate differential favourable to international RON deposits.

At a rate of 2.25%, “the official RON interest rate would probably be the highest in the region in nominal terms” Depreciation pressures would ease and thus allow the RON/euro pair to stay within a range of 4.58 – 4.62 at least until the end of the first quarter of 2018 – according to the BCR Chief Economist.

BT’s main scenario sees the average euro exchange rate at 4.56 this year and 4.6 next year before the possible adjustments in the October version.

“Once the increase in the interest rates has already been delivered by the market, and considering the public opinion hassle caused by the sudden increase of ROBOR, also due to the increasing relevance of RON lending (over 60% of the total non-government credit stock) we believe that in the event of emerging pressures, the central bank will opt for a more balanced distribution of these pressures in the various local markets in the future and exert more control over the interest rates,” writes Horia Braun.

In the baseline scenario of BCR, “ROBOR interest rate would converge to the new monetary policy rate by the end of 2018”, while the euro/leu exchange rate might maintain for the rest of next year (in Q2) “within a slightly higher range than in the first quarter, of about 4.62-4.68″.

Luca de Meo (foto), the new general manager (CEO) of Renault group, considers that Dacia project proved to be a miracle and that no one… END_OF_DOCUMENT_TOKEN_TO_BE_REPLACED

A former Soviet airbase in central Romania could become a hub for US Air Force operations in south-eastern Europe, where the Pentagon is seeking to… END_OF_DOCUMENT_TOKEN_TO_BE_REPLACED

Nuclearelectrica's Board of Directors has been mandated to initiate proceedings to terminate negotiations with China General Nuclear Power Group (CGN), as well as legal effects… END_OF_DOCUMENT_TOKEN_TO_BE_REPLACED

Romania imported an amount of electricity of almost 796 GWh in the first month of this year, by more than 36% above what it exported… END_OF_DOCUMENT_TOKEN_TO_BE_REPLACED

GFG Alliance has committed to invest one billion euros to upgrade Galati steel plant in order to reduce emissions and increase production. Another EUR 1… END_OF_DOCUMENT_TOKEN_TO_BE_REPLACED

The Transport Ministry, as the Intermediate Body in Transport, approved the financing request for the project "Construction of Sibiu - Pitesti highway", Sections 1, 4… END_OF_DOCUMENT_TOKEN_TO_BE_REPLACED

Lack of trust in authorities, corruption and low living standards are the main reasons why young people leave Romania. The data is part of a… END_OF_DOCUMENT_TOKEN_TO_BE_REPLACED

Romania is the EU country with the fewest cars in terms of the number of inhabitants, according to data recently published by Eurostat. We appear… END_OF_DOCUMENT_TOKEN_TO_BE_REPLACED

The Government is preparing the public for the first measures aimed at avoiding the budget slippage, which would be applied by the PSD-ALDE government. News… END_OF_DOCUMENT_TOKEN_TO_BE_REPLACED

French Prosecutor Jean-Francois Bohnert will be appointed as head of the European Financial Prosecutor's Office, a position for which he was heard on Thursday, 11… END_OF_DOCUMENT_TOKEN_TO_BE_REPLACED

Romania recorded the highest road deaths in the EU also last year, with 96 deaths per one million inhabitants in 2018, almost double the EU… END_OF_DOCUMENT_TOKEN_TO_BE_REPLACED

Sorina Pintea announced on Thursday further new changes that will be brought to the functioning of the health care system, including new rules for employment… END_OF_DOCUMENT_TOKEN_TO_BE_REPLACED

The new order on approval and selection procedures for insolvency practitioners is an important step to a very good direction, industry experts say. ANAF is… END_OF_DOCUMENT_TOKEN_TO_BE_REPLACED