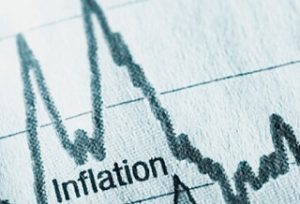 „We have a stimulus on demand beyond what the economy can take. Then we have external factors that we cannot control, such as the increase in international oil prices,” explained Mugur Isarescu the change in the forecast at the BNR conference held on Friday.

The Governor has warned that the monetary policy can only ensure more time for structural reforms and cannot solve all problems of the economy.

„It has been created the illusion that the monetary policy solves everything. No, the monetary policy can gain time, ensure financial stability. The implementation of structural reforms is much harder under financial instability conditions. We keep things under control, do not kill the economic growth, but that’s about all. We gain more time, structural reforms do not happen overnight,” Mugur Isarescu said.

The Governor warned that there are mixed signals for the next period, and Romania is still deficient in infrastructure investments.

Governor Isarescu characterized the prognosis as „realistic” in an electoral year and also admitted the possibility of a new revision, downward, in the case of a good agricultural year or in the event of a decrease in the oil price.

Other factors that influenced the evolution of the inflation, which went out of the downward trend in the first quarter of the year, were the increase in the price of vegetables across the EU, the increase of wages, the moderate depreciation of the national currency against the euro and the US dollar, as well as the repositioning in companies’ inflationary expectations on a higher level.