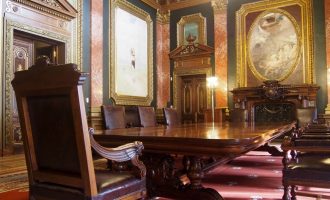 The National Bank of Romania (BNR) sent to banks for consultation a draft amending Regulation 17/2012, which provides for a consistent lowering of the indebtedness limit.

The draft on changing the indebtedness limit would undergo, though, substantial changes compared to the disseminated version, according to sources from the BNR.

The document, which was discussed informally by the BNR, stipulates among other things that the maximum level of the total indebtedness for persons who receive both loans in lei and loans granted/indexed in a foreign currency may not exceed 40%, in compliance with the maximum levels depending on credit types.

If a borrower has previously contracted credits, when receiving a new loan, the maximum level of total indebtedness and maximum levels by type of credit, may not exceed the values in the following table.

To calculate the level of indebtedness for a debtor with loans received/indexed in one currency, the following will apply:

„This regulation establishes, for the purpose of maintaining the financial stability, certain conditions for granting and carrying out loans on the Romanian territory aimed at individuals and non-financial entities”, says the draft regulation.

Banks will need to inform loan applicants who are not naturally covered for the foreign exchange risk about the impact of a possible severe depreciation of the domestic currency on the instalment so that it is possible to compare the monthly instalment by taking into account a 35.5% foreign exchange shock for the euro, 52.6% for CHF and 40.9% for the USD.

„For the other currencies, the corresponding CHF value is used. If the applicant’s income and the requested loan are expressed in two different foreign currencies, the maximum of the two currencies’ shocks against the national currency is used for the exchange rate shock,” says the draft.

BNR officials have been considering the possibility of limiting the indebtedness since September 2017, after statistics showed that loans to individuals exceeded the signal threshold and approached the alert threshold.

Upon reaching the alert threshold, the European Systemic Risk Board obliges the BNR to take action through the Macro-prudential Systemic Risk Committee and central bankers most often opt to cap the indebtedness.