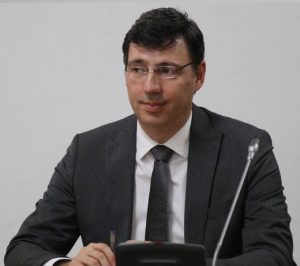 The deficit of the public pension fund would be 17.2 billion lei in 2018, up 22% from 14.1 billion lei this year because of the salary increases that automatically trigger a pension increase, said the Finance Minister, Ionut Misa, on Thursday evening at Digi24.

In 2016, the deficit of the pension fund was 15.6 billion lei, the amount „coming from the budget, additionally to the money representing the contributions to the pension fund,” Minister Misa mentioned.

„Without enough contribution, money had to come from the budget based on the balancing fund. Basically, the other Romanians had to contribute to these pensions through the taxes they paid,” explained Ionut Misa.

The Minister of Finance also gave some examples of average special pensions: 10,849 lei in May, for the personnel in the aeronautical sector,” while the contribution was 2,751 lei. The difference of 8.114 lei came from the budget. You can imagine how big the gap is. The budget allocated to special pensions this year was 7.2 billion lei. Of this amount, the military pensions represented more than 6 billion lei,” said Ionut Misa.

In „other field”, which the minister did not want to name, the average special pension is 10,115 lei.

By September 15, those who wish to get special pensions may file their case to benefit from the current legislative provisions but the wave of applications expected would produce a smaller deficit than if the current model would have been maintained, according to the Finance Minister.

„I would not say there are many. The burden on the pension fund would be higher if we did not take action now,” the Finance Minister said. These measures would also be designed to diminish the high retirement flow that would have been huge and already created a shortage of personnel. Within the affected areas, „the attention has been drawn to the fact that an imbalance of personnel would be created and it has been required, from within the system, to halt” (retirements), Ionut Misa added.

According to a draft government emergency ordinance on state military pensions, the pension can no longer exceed the average of the wages or military salaries received during the activity, based on which the income has been calculated. The indexation of special pensions will be made based on the average annual inflation rate, without including the bonuses, which will also apply to the pensioners from the aviation field, the auxiliary staff from courts and prosecutors’ offices, parliamentary officers, diplomats and lawmakers.

Thus, „it breaks the correlation between the wage growth and the pension growth, and next indexations would be made only based on inflation,” the Minister of Finance explained.