The implementation of the consolidated budget in the first five months of 2020 registered a deficit of RON 38.8 billion (3.59% of GDP), of which… END_OF_DOCUMENT_TOKEN_TO_BE_REPLACED

Romania remains the weakest innovator in the EU, with a score in last year’s indicator ranking at only 31.6% of the EU’s average performance, according… END_OF_DOCUMENT_TOKEN_TO_BE_REPLACED

According to March 2020 data, the EC Convergence Report for Romania points out that the long-term interest rate for convergence purposes was 1.5 percentage points… END_OF_DOCUMENT_TOKEN_TO_BE_REPLACED

The European Commission is doubling its efforts to show that Europe has learned the lessons of the past and will avoid now, after the “Great… END_OF_DOCUMENT_TOKEN_TO_BE_REPLACED

Rating agency Standard & Poor’s has confirmed the ratings for Romania at ‘BBB minus / A-3’ and maintained the negative outlook. This rating maintains Romania… END_OF_DOCUMENT_TOKEN_TO_BE_REPLACED

Economy is growing, payment receipts from profits are decreasing: 2018 budget implementation starts on surplus: but much lower than last year. Why 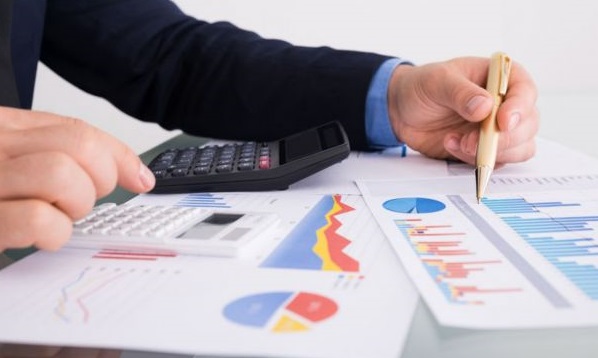 The consolidated general budget ended the first month of 2018 with a surplus of 0.21% of the estimated GDP for the current year, according to data released by the Ministry of Finance.

The result reported is much weaker than the same month in 2017, when the surplus (a result based, the same as now, on quarterly payment receipts but spent on a monthly basis) was 0.35% of the GDP of the previous year.

To keep in mind, although much higher than the economic growth, revenue growth rhythm was significantly lower than the spending growth (+16.8% in revenue versus 26.4% in expense). This also explains the significant reduction of the surplus, by more than one billion lei compared to the same month of the previous year.

If we correlate the positive balance of the budget in January 2018 (RON 1,979.0 million) and the spectacular increase of the amounts received from the EU within the 2014-2020 financial framework (RON 1,225.0 million, a plus of RON 1,168.3 million, which means an increase of more than 20 times the amounts in question!), it can be seen that about 60% of the surplus comes from external sources.

To keep in mind, contrary to the expectations generated by the very good economic growth rate (estimated somewhere around 7% for the last year), payment receipts from the corporate tax decreased by 23.1%. That raises the issue of the Romanian paradox, an economy that grows rapidly without being more profitable and must be financed from external sources to solve the budgetary commitments.

The “supplementation” of the payment receipts through the salary increases applied over the last 12 months resulted in an advance of 12.6% in salary and income tax collection so that the ratio between the money coming from these types of income and the corporate tax increased from a 10 to 1 level in January 2017 to over 14 to 1 in January 2018. At the same time, property taxes increased by 41.4%.

On the indirect income side, we can note the evolution of VAT payment receipts below the income increases (only 7.8%) and the bizarre decrease in the amounts collected from excises (-14.9%) are noted. This may indicate a certain increase in tax evasion that deserves to be investigated more closely, as these taxes contribute about one-third to the total state revenues.

The picture of the most important components of budget revenues shows, by and large, the effect of the economic policies diligently conducted to a questionable direction. Basically, they embarked on a strategy of strong labour taxation, moderate in consumption and of a reduced corporate taxation (which does not “fit” to left-wing politics).

If we also look at the gap between the income and expenditure growth, there is a major trend problem of ensuring the generously committed spending (see increases in the budget sector, where the health sector has steadily increased to the salary scale scheduled for 2022), based on some incomes that do not seem to keep up the necessary rhythm.

The substantial change in the ratio between the dimension of the main taxes on consumption (VAT + excises) and the insurance contributions (a ratio that will go toward 1 to 1), amplified by 23.1% after the transfer of the contributions to the employee, should also be emphasized. It seems a lot but considering that the full transition would have been done with an increase of 22.75% while the salaries increased somewhere around 14%, we can see that the expected results have not been achieved yet.

Despite the massive transfers of funds meant to increase the amount from contributions to the social security budget, it ended the first month of the year with a deficit of RON 857.1 million or 17% of the amount needed to cover the state’s obligations.

In the health field, the situation was relatively balanced (including on the basis of the deficiencies in hospitals), and in terms of unemployment, the excessive surplus tradition has maintained.

It remains to be seen what will happen in the healthcare system after the strong increase in salaries will considerably reduce the money for the material base and for ensuring some conditions as civilized as possible for hospitalised patients. Will local authorities be able to use the surplus of RON 1,696.8 million registered in January at the level of all administrative-territorial units?

A selection of the expenditure in the first month of the year shows an increase in the wage bill, two and a half times higher than the economic results, and a nearly double growth rate in the social assistance relative to the GDP growth (the ratio of 13% -7% suggests the lack of sustainability in the mid and long-term, after we nearly missed last year to maintain the deficit within the 3% of GDP threshold.

That was even though the consistent but unplanned pension increase has been applied in the middle of the last year, which also explains the delay in applying the indexation of the pension point, also for the second part of the current year’s budget implementation.

It is worth welcoming the return to better levels of the expenditure on goods and services, especially the acceleration of the allocation of funds to projects implemented with non-reimbursable financing (an extra amount of almost one billion lei), which recover from the modest performances recorded in the previous years.

Nuclearelectrica's Board of Directors has been mandated to initiate proceedings to terminate negotiations with China General Nuclear Power Group (CGN), as well as legal effects… END_OF_DOCUMENT_TOKEN_TO_BE_REPLACED

Romania imported an amount of electricity of almost 796 GWh in the first month of this year, by more than 36% above what it exported… END_OF_DOCUMENT_TOKEN_TO_BE_REPLACED

GFG Alliance has committed to invest one billion euros to upgrade Galati steel plant in order to reduce emissions and increase production. Another EUR 1… END_OF_DOCUMENT_TOKEN_TO_BE_REPLACED

The Transport Ministry, as the Intermediate Body in Transport, approved the financing request for the project "Construction of Sibiu - Pitesti highway", Sections 1, 4… END_OF_DOCUMENT_TOKEN_TO_BE_REPLACED

Lack of trust in authorities, corruption and low living standards are the main reasons why young people leave Romania. The data is part of a… END_OF_DOCUMENT_TOKEN_TO_BE_REPLACED

Romania is the EU country with the fewest cars in terms of the number of inhabitants, according to data recently published by Eurostat. We appear… END_OF_DOCUMENT_TOKEN_TO_BE_REPLACED

The Government is preparing the public for the first measures aimed at avoiding the budget slippage, which would be applied by the PSD-ALDE government. News… END_OF_DOCUMENT_TOKEN_TO_BE_REPLACED

French Prosecutor Jean-Francois Bohnert will be appointed as head of the European Financial Prosecutor's Office, a position for which he was heard on Thursday, 11… END_OF_DOCUMENT_TOKEN_TO_BE_REPLACED

Romania recorded the highest road deaths in the EU also last year, with 96 deaths per one million inhabitants in 2018, almost double the EU… END_OF_DOCUMENT_TOKEN_TO_BE_REPLACED

Sorina Pintea announced on Thursday further new changes that will be brought to the functioning of the health care system, including new rules for employment… END_OF_DOCUMENT_TOKEN_TO_BE_REPLACED

The new order on approval and selection procedures for insolvency practitioners is an important step to a very good direction, industry experts say. ANAF is… END_OF_DOCUMENT_TOKEN_TO_BE_REPLACED

Romania lost to Estonia in the final vote to get the non-permanent member position within the UN Security Council for the period 2020-2021. On Friday,… END_OF_DOCUMENT_TOKEN_TO_BE_REPLACED

eMAG hopes to get the opinion of the Hungarian Competition Council over the next two months for the acquisition of Extreme Digital, the market leader… END_OF_DOCUMENT_TOKEN_TO_BE_REPLACED