Two contradictory phenomena occur during the development of an economic sector that is vital for development: on one hand, we have the boom in the… END_OF_DOCUMENT_TOKEN_TO_BE_REPLACED

Romanian leu – marginally declining against the euro, but significantly appreciating against zloty, forint and koruna

Romania’s big re-launch plan for the next decade places transport infrastructure at the centre of investments, with an allocation of 60% of the total amount.… END_OF_DOCUMENT_TOKEN_TO_BE_REPLACED

At the European level, there is an agreement to introduce a “modest” tax on disposable plastic, a first source of income to support the repayment… END_OF_DOCUMENT_TOKEN_TO_BE_REPLACED 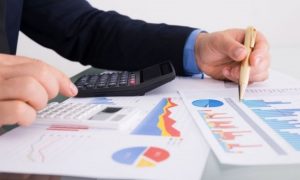 The general consolidated budget registered in the first half of the current year a deficit of about RON 45 billion, equivalent to 4.2% of the estimated GDP (in the version of a real-terms decrease by only -1.9%) for the current year. The result is more than twice as weak as in the same period last year when it stood at about -1.9% of GDP.

In this context, given that the final result, without pandemic, was last year -4.6% of GDP on operational data (-4.3% of GDP according to Eurostat data) and on the current trend with worsening cases of infection, it is very likely that the target set for the first budget adjustment in 2020, of -6.73% of GDP, will not be achievable and a new increasing level of the budget deficit will be communicated with the adjustment in August this year.

By contrast and to be noted, revenues on six months (which accounted for 13.5% of GDP instead of 14.0% of GDP) were less than two percentage points lower than in the same period of the previous year in nominal terms, but expenditures increased somewhere to 14% in nominal terms (from 15.9% to 17.7% of GDP).

Thus, about 10% of the deficit increase came on the side of declining revenues, while 90% came from the expenditure increase.

Which clearly shows that, despite the efforts made by the economic environment to pay its tax obligations and the amounts received from the EU, increased since the beginning of this year by 21% or RON 1.56 billion, expenditures be they social and in the election year CANNOT be increased without major consequences for the budget balance. And the bill will come in time to pay back the loans and with the speed with which we will have to tighten back the belt to fall within the threshold of -3% of GDP.

Attention, already, BEFORE the new increases in pensions and child allowances, more than half of the deficit increase (RON 13 billion out of the extra RON 25 billion in H1 2020, without counting to “the last penny”) came on the social assistance side from a GDP supposed to be lower (for now) by RON 60 billion. For reference, the deficit from the National Health Fund in pandemic conditions was somewhere around one-third of this amount, about RON 4.7 billion.

The lower amounts collected from the corporate tax (RON -607 million or -7.5% compared to the same period of the previous year) were covered by the receipts for the salary and income tax (RON +1,155 million or + 10.4%). Despite social distancing measures and payment facilities granted, the receipts from property taxes decreased by only RON 78 million or -1.9%.

Insurance contributions, the most important component of revenues to the general consolidated budget (RON 54.84 billion or 37.5% of budget revenues) ended the first half of the year at the zero level compared to the same period last year, from -2.1% in nominal terms after the first five months of the year, with the resumption of the economic activity at the end of the second quarter.

In the first half of the year, the moderation in the increase of salary expenditures in the public sector was welcome (+ RON 2.3 billion or + 4.5%, given that at the end of the first quarter they had already reached +RON 2 billion). The amounts for social assistance advanced by over ten billion RON (+ 23.7%), significantly above the general level.

Full half of the glass: European investments and projects

Very important, however, for the effort made by the state to limit Covid19 effects and lay the foundations for future economic recovery, growth rates of projects with non-reimbursable financing (+ 20.3%), capital expenditures (+ 18.7%) and those for goods and services (+ 16.0%) were above the average of the allocations made.

This approach has contributed to the positive signal given to international markets and the reduction in the medium and long-term interest rate.

Interest payments on loans increased by 7.1%, below the advance of general expenditure and obviously better than at the end of the previous month (they were at + 11.4%).

Which shows reasonable management, coupled with the decrease of long-term interest rates below the threshold of 4%, especially in the perspective of bringing the budget deficit back to the threshold of -3% of GDP in the medium term.

Luca de Meo (foto), the new general manager (CEO) of Renault group, considers that Dacia project proved to be a miracle and that no one… END_OF_DOCUMENT_TOKEN_TO_BE_REPLACED

A former Soviet airbase in central Romania could become a hub for US Air Force operations in south-eastern Europe, where the Pentagon is seeking to… END_OF_DOCUMENT_TOKEN_TO_BE_REPLACED

Nuclearelectrica's Board of Directors has been mandated to initiate proceedings to terminate negotiations with China General Nuclear Power Group (CGN), as well as legal effects… END_OF_DOCUMENT_TOKEN_TO_BE_REPLACED

Romania imported an amount of electricity of almost 796 GWh in the first month of this year, by more than 36% above what it exported… END_OF_DOCUMENT_TOKEN_TO_BE_REPLACED

GFG Alliance has committed to invest one billion euros to upgrade Galati steel plant in order to reduce emissions and increase production. Another EUR 1… END_OF_DOCUMENT_TOKEN_TO_BE_REPLACED

The Transport Ministry, as the Intermediate Body in Transport, approved the financing request for the project "Construction of Sibiu - Pitesti highway", Sections 1, 4… END_OF_DOCUMENT_TOKEN_TO_BE_REPLACED

Lack of trust in authorities, corruption and low living standards are the main reasons why young people leave Romania. The data is part of a… END_OF_DOCUMENT_TOKEN_TO_BE_REPLACED

Romania is the EU country with the fewest cars in terms of the number of inhabitants, according to data recently published by Eurostat. We appear… END_OF_DOCUMENT_TOKEN_TO_BE_REPLACED

The Government is preparing the public for the first measures aimed at avoiding the budget slippage, which would be applied by the PSD-ALDE government. News… END_OF_DOCUMENT_TOKEN_TO_BE_REPLACED

French Prosecutor Jean-Francois Bohnert will be appointed as head of the European Financial Prosecutor's Office, a position for which he was heard on Thursday, 11… END_OF_DOCUMENT_TOKEN_TO_BE_REPLACED

Romania recorded the highest road deaths in the EU also last year, with 96 deaths per one million inhabitants in 2018, almost double the EU… END_OF_DOCUMENT_TOKEN_TO_BE_REPLACED

Sorina Pintea announced on Thursday further new changes that will be brought to the functioning of the health care system, including new rules for employment… END_OF_DOCUMENT_TOKEN_TO_BE_REPLACED

The new order on approval and selection procedures for insolvency practitioners is an important step to a very good direction, industry experts say. ANAF is… END_OF_DOCUMENT_TOKEN_TO_BE_REPLACED