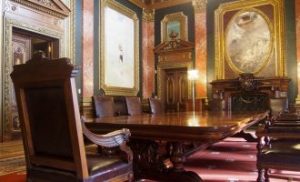 The volatility of the new benchmark indicator for loans granted to the population, IRCC – which declined in May, despite the central bank’s control on liquidity – was one of the topics debated by the Board of Directors of the National Bank of Romania (BNR) in its meeting held on May 15th.

The impact of the new indicator on the monetary policy transmission mechanism has also been analysed, as well as recent inflation’s evolution, which, in the context of increased consumption, exceeded forecasts.

Among the concerns expressed by the BNR’s management there were:

In this context, although the board has decided to maintain interest rates, they estimated that, given the macroeconomic conditions and internal and external risks, a stronger control on the money market liquidity is essential.

Sweetness in formulations for alerting on critical situations:

1- Economic growth „in the context of new data; its main determining factor is the stock variation, followed by households’ consumption”

given the strong acceleration in the annual growth of the trade deficit in first three months of the year, in the context of a stronger decline in the dynamics of exports of goods and services”

5- „A clear recovery of investment is considered unlikely given the constraints created by the structure of the budget program, as well as the frequent legislative measures and amendments implemented in recent years that are likely to affect companies’ profits and confidence but also the rhythm of direct foreign investment”

The big problem of inflation and labour crisis

On monetary conditions: problems of liquidity control and mechanism of monetary policy transmission