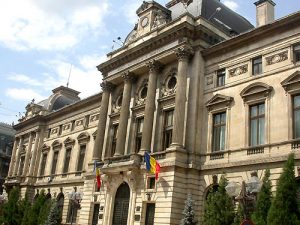 BNR decided on Tuesday to narrow the „symmetrical corridor” between the interest rates of the standing facilities around the monetary policy rate (1.75%, unchanged), by increasing the deposit interest rate and lowering the Lombard rate.

At the same time, BNR also injected liquidity on the money market amounted to more than RON 9 billion by repo-type operations, buying government bonds from banks, will be redeemed over 7 days, according to sources from the market.

The decision was based on the upward trend in the annual inflation rate and the perspective for this trend to maintain „at a slightly faster pace than the mid-term forecast published in the August 2017 Report on inflation,” according to a press release issued Tuesday.

Also, the development of inflation took place against the backdrop of the economic growth beyond expectations, due to the domestic demand (…), „driven by the tax and salary measures and the improvement in the employment.”

We present the arguments behind the BNR board’s decisions, below: they shape a series of measures (including some that are strictly circumstantial) which would mitigate the effects of the destabilizing government policies:

The rise in the inflation rate was „significant in July (from 0.85% in the previous month to 1.42%), followed by a slowdown to 1.15% in August, slightly below the forecast”.

These effects have been only ” partially offset by the impact of the decline in the volatile food prices”.

The annualized adjusted CORE2 inflation rate „marginally exceeded the forecast, reaching 1.60% in August, from 1.42% in June, due to the accelerating growth in service prices and, to a lesser extent, in prices of processed food products”.

In July 2017, the CPI annual inflation rate entered the positive range (from -0.1% in June) and continued to increase to 0.2% in August; calculated on the basis of the harmonized consumer price index, the annual average level consolidated its positive value to 0.3% in August (from 0.2% in June).

Statistical data on the economic growth in the second quarter of 2017 „indicates faster than expected dynamics of the annual real GDP growth – 5.9%, compared to 5.7% in the previous quarter,” BNR’s press release mentioned.

On the other hand, „under a more pronounced deceleration of the annual dynamics of the exports of goods and services compared to imports, the contribution of the net exports to GDP was again negative (-1.4 percentage points)”.

Thus, „the current account deficit has increased almost threefold compared to the first three months of the year, and the coverage by foreign direct investment and capital transfers went below one.”

On the supply side, the main driver of the economic activity intensification in the second quarter of 2017 was the manufacturing sector, whose annual growth rate of 7.7% represented the highest value in the third quarter of 2008.

The services sector maintains its main contribution to the GDP formation (3.8 percentage points).

The latest statistical data shows the decline in July in the annual growth rate of the industrial production (from 9.2% in the previous month, to 7.4%) and the break in the decline of the construction sector, while the turnover in the trade sector and in services provided to the population have sped up their annual dynamics.

From the BNR’s perspective, „real monetary conditions were increasingly accommodative in the third quarter as well”.

„By the end of the interval, interest rates on the interbank money market showed a pronounced growth trend and approached the monetary policy rate, in the context of:

The annual growth rate of the credit to the private sector “has substantially accelerated and reached 6.5% in August, the peak of the last five years, against the background of a boom in the new credit flow, while operations of outsourcing non-performing loans have decreased.

„The share of loans in RON continued to increase to 61%, which confirms a better transmission of the monetary policy.

Latest assessments made by BNR „reconfirm the perspective of a continuing increase in the annual inflation rate over the coming months but at a slightly higher pace than the mid-term forecast published in the August 2017 Report on inflation, because of the materialization of some risks associated to the evolution of some exogenous CPI components”.

„Uncertainties and risks associated with this perspective are influenced by developments in the internal and external conditions,” as follows:

At the same time, „there is a reconfiguration in the policies of central banks which changes the evolution of interest rates on the international financial markets.”

Thus, „based on the data currently available „, the BNR Board has decided to:

BNR says that its board’s decisions „aim at ensuring and maintaining price stability in mid-term, in a manner that contributes to a sustainable economic growth. The board stresses that the balanced mix of macroeconomic policies and the progress of structural reforms are essential for maintaining the macroeconomic stability and strengthening the Romanian economy’s capacity to cope with potential adverse developments.”

BNR „closely monitors the developments in the domestic and international environment, being ready to make use of all the instruments at its disposal”.

The next BNR board meeting dedicated to the monetary policy will take place on November 7, 2017, when the new quarterly report on inflation will be analysed.