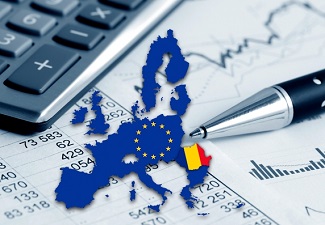 After it reached, two years ago, among top states that met most economic stability criteria imposed by the Macroeconomic Imbalances Procedure Scoreboard (MIPS), with 13 criteria reached, out of 14 (the net investment position could not be but much below the level of -35% of GDP given the significant foreign investments and the totally insignificant Romanian investment abroad) Romania started to lose from the compliance with these criteria and the most recent alert indirectly issued by Eurostat is the sharp rise in the labour cost by 14.3% in the fourth quarter of 2017 compared to the same period of last year.

In the report for the 2018 European Semester, Romania already registered + 6.0% (provisional value) at this criterion, for 2016, based on the data communicated by October 24, 2017. We already had only 12 criteria fulfilled out of 14, according to the official table published by the EU, after house prices slightly exceeded the 6% limit imposed for the annual change in house prices.

In the labour cost, in order to maintain the macroeconomic stability, the change allowed for an interval of three years is 9% in the Eurozone and 12% in the non-Eurozone of which we are part. Under these circumstances, if we put together 6% mentioned for 2016 and the 14.3% increase announced for the end of 2017, it becomes obvious that we shall lose one more stability indicator at the next revision of the MIPS table.

The problem raised is NOT related to a salary increase, otherwise quite natural given the low level compared to the European practice, or the share of labour remuneration in GDP, still relatively low. The problem is related to the rhythm of growth, that is, the discussion should not be on the matter itself, but, in mathematical terms, on its first derivate.

In terms of position, we are ahead of our neighbours Bulgaria (+ 12.2% in Q4 2017) and Hungary (+ 8.6%), followed by the Baltic countries, Poland, the Czech Republic and Slovakia. What tells us that there is an overlap between an objective tendency of a labour cost convergence, the more pronounced as countries’ level of development is lower, with a subjective one, which attempts to force the reasonable limits within which this growth can be absorbed by the economy.

The very fact that we are positioned ahead of Bulgaria, and not between this country and Hungary, as it would have been intuitively correct, offers arguments to draw attention to the pressure on the acceleration of consumption generated by the revenue growth. This may induce a further growth for the moment, but also involves the risk of some imbalances difficult to correct later.

Unfortunately, not even the reference to the evolution of the labour productivity over the last four years (on the idea that we have performed far beyond the expectations of those who have established the MIPS numerical requirements) justifies an increase in the labour cost at the rate that will be taken into account by the EU at the next publication of the macroeconomic instability procedures.

For consistency, we remind how the increase in the labour productivity between 2014 and 2017 is, according to BNR statistical bulletin 1/2018:

The value +6.6% recorded last year is a respectable one, but the data recorded in 2015 and 2016 are not encouraging at all. Cumulated over a three-year period (2015-2017) we have marked an advance of only 6.2%, which shows that we do not quite have a starting point that would justify the exuberance in terms of salaries.

At the same time, the access to the EU financial resources, quite important for one of the poorest EU budgets in terms of share of budget revenue in GDP (if we adjust Ireland’s statistical inflated GDP, it would be even the poorest one) will be, sooner or later, in one form or another, subject to compliance with or at least to the attempt of complying with common rules for macroeconomic stability.

But we are driving at this moment on the wrong way.