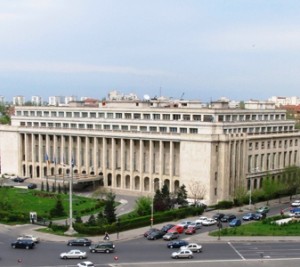 At the same time, Romania registered the largest increase in the deficit compared to the last quarter of 2016, by 1.3 percentage points.

„The value of 3.2% of GDP is calculated based on the seasonally adjusted ESA balance, reflecting the trend component of the budget deficit registered in previous quarters of 2016, and related to the GDP of the first quarter, when GDP is usually at the lowest nominal value in the four quarters of the year. In 2016, GDP was 146.4 billion lei in the first quarter, while the highest quarterly GDP, 228.9 billion lei, was in the fourth quarter.

Also, according to the data published by Eurostat, the same indicator recorded a maximum of 3.6% of GDP in the second quarter of 2016, while the value in the first quarter of 2016 was 3.1% of GDP. Compared to the same period of 2016 (Q1), it is noted that the budget deficit increased only marginally by 0.1 pp, to 3.2% of GDP, which suggests that the deficit target for the end of 2017 is within the planned level,” says MFP.

In April, the Ministry of Finance announced a surplus of the consolidated budget of 0.19% of GDP, and then the budget implementation in the first five months of the year showed a deficit of 0.1% of GDP.

The initial government program of the PSD-ALDE coalition assumed a 2.95% deficit based on the ESA methodology or 2.96% of GDP on the cash methodology.

The government led by Mihai Tudose has also assumed a deficit that falls below the maximum level.

If the budget deficit exceeds 3% of GDP in a member state, the European Union may trigger the excessive deficit procedure for that country.

Most independent analysts estimate that the Romanian Government will exceed the maximum budget deficit threshold.

The Fitch credit rating agency expects a budget deficit of 3.7% of GDP in 2017, the same does the International Monetary Fund (IMF), and analysts with Capital Economics – a deficit of 3.8% of GDP.

The administrators of the National Bank of Romania also fear that without „corrective fiscal measures”, the budget deficit could exceed 3% of GDP and the tensions would also continue in 2018.