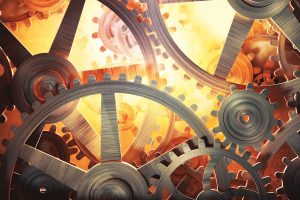 The available drafts on the establishment of the Sovereign Development and Investment Fund (FSDI) do not specify the strategy, objectives, management mechanisms or the control mode of the FSDI, the economists asked by cursdeguvernare.ro warn.

These drafts give the Fund the status of one of the largest corporate powers in Romania, with the exemption from several legal provisions.

„The reading of the draft law on the FSDI establishment and the memorandum of association does not explain anything about the objectives and the financial functioning of the Fund.

All the details presented (…) are irrelevant if one cannot understand the financial logic of the Fund’s operation,” says Aurelian Dochia, an experienced economist in the financial field.

The documents mentioned state that the FSDI will be funded from resources that currently go directly into the state accounts, but do not say how it will make the profit from which it should contribute to the development of the companies from its portfolio and the establishment of other companies, as well as to large national investments. 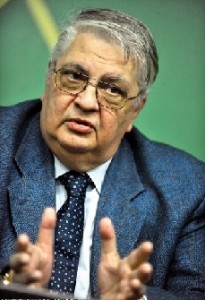 The FSDI project shows „a concept emptied of any essence,” according to Professor Mircea Cosea (photo).

„The resources of a sovereign fund should be primarily permanent, such as the trade surplus of China, or oil revenues in Norway. This fund feeds on the profits of the companies from its portfolio, at the cost of decapitalizing them and at the risk of undermining their own investment programs,” says Mircea Cosea.

In this context, it is worrying „the subversive idea of selling shares of these companies, whose value will drop as they decapitalize,” says the expert.

The draft documents on the establishment of the FSDI do not specify either the FSDI policy on investing in the economy or on what kind of investment it will focus, the details being poorer than the promises of the government program.

Also, there are no convincing arguments provided that the authorities will fulfil through FSDI their duty to stimulate the development of the economy, according to Cornel Marian (photo), partner of Oresa Ventures, a private equity investment company that has been investing in Romania since the 1990s. 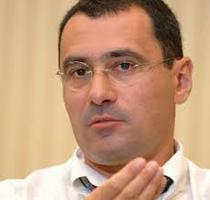 „The state should reduce, not increase its role in the economy and business. In Romania, the state should provide the infrastructure and focus on the much-delayed public investment, provide an environment favourable to business and investment, competitive at the international level, rather than look to play an active role in business and in commercial or financial operations„, says Cornel Marian.

The idea that the sovereign fund would finance the construction of motorways and hospitals is improper for an investment fund whose financial strength resulted from its own investment is not defined.

Mircea Cosea and Aurelian Dochia remind that motorways and hospitals are not profitable ways of capitalizing on resources.

„A profit-oriented fund has nothing to do to with building a state hospital. Such objectives are funded from the budget,” Aurelian Dochia also says.

„FSDI aims both to develop and finance, from its own resources and attracted funds, cost-effective and sustainable investment projects in various economic sectors, by direct contribution or through other investment funds or companies, by itself or jointly with other institutional or private investors, as well as to manage its own financial assets, to obtain profit,” says the draft memorandum of association quoted.

This is the only indication of the Fund’s strategy, copied in the memorandum of association in the draft law.

„To accomplish its main objective, FSDI can:

No further details on that matter.

The definition of investment policies, as well as the resulting objectives, are left to the discretion of the Supervisory Board members, namely the entity that will represent the state – sole shareholder in the „general shareholders assembly” and will approve the respective policies.

„You do not need a sovereign fund to use the profit of companies,” remarks Mircea Cosea. 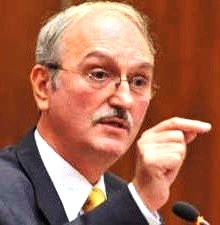 „I confess that I have never been able to understand the logic of establishing a new institution with a pompous name of “Sovereign Development and Investment Fund,” says Aurelian Dochia (photo).

„The only justification for creating the Fund that I understand is the one of establishing a vehicle with the capability to borrow from the financial markets, without the loan being registered in the public debt. But this argument is also doubtful. It will be obvious to everyone that the Fund is a public entity and analysts will consider the fund’s debts as a quasi-public debt,” adds Aurelian Dochia.

Market perceptions could worsen this way the costs of financing the government debt, all the more so as state finances will no longer benefit from the dividends of its profitable companies.

Aurelian Dochia summarizes the unknowns about the FSDI’s operation as follows:

„Let’s be optimistic and accept that the Fund suddenly finds the magic formula that the ministries have not been able to find in so many years and the companies from the portfolio produce 5-10% more dividends. Does the situation fundamentally change with an additional 10-20-30 million euros per year? Furthermore, if the methods to improve the performance of state-owned companies are known, why are not these methods applied by ministries and agencies to which they report now?”, the economist wonders.

FSDI would take over from the authorities a substantial component of Romania’s development policy, that of stimulating the economy, especially through the large energy and transport state companies but the Romanian state does not seem ready for the adventure of a sovereign fund.

Moreover, the FSDI management risks to be politicized to the detriment of the economic rationales, according to Cornel Marian, partner of Oresa Venture private equity investment company that has been investing in Romania since the 1990s.

„Our state is still weak and ravaged by corruption. Chaotic political interference and some political leaders’ desire of control often lead to appointing incompetent managers in state agencies and companies, which leads to a lack of continuity and strategic vision and to decisions taken on non-transparent criteria or with no economic sense,” says Cornel Marian.

Therefore, „in this context and moment, although the establishment of this fund may theoretically represent an opportunity to bring professionals in the management of these participations and state investments to the targeted companies, I rather expect to see, in practice, negative manifestations of this power concentration in the hands of some people appointed and periodically changed by political games,” Cornel Marian fears.

The draft law already takes care to exempt the FSDI „from the provisions of the Emergency Ordinance 109/2011 on corporate governance, approved with the subsequent amendments and completions by Law 111/2016″.

It is only said that the members of the Supervisory Board will be selected „following an own transparent and competitive procedure”. Who will decide „the own procedure”?

It is true that it is provided that „decisions on the management of the FSDI assets and liabilities are taken by the FSDI management bodies on a commercial basis, under the terms of the law and the memorandum of association, without the involvement or consent of the public authorities exercising, on behalf of the Romanian state, the rights and obligations related to the FSDI shareholder role, or of any other public authority or institution.”

However, as the founding documents of the FSDI show now, they leave entirely to the state entity that will be the sole shareholder to decide where the Fund will invest, since nothing is mentioned about the investment strategy and policies but that „the general shareholders assembly… approves the investment strategy of FSDI, which includes the performance and risk objectives to ensure the financial sustainability of FSDI, as well as the performance indicators.”

„The leadership and control manner is suspicious because it can be suspected of political use,” says Mircea Cosea.

„Romania is not in the position to have a surplus of revenues, the state budget has a deficit and this deficit is about to quickly grow! The idea that what the state cannot do now in terms of investment will be done with this miraculous investment fund is a smokescreen, an illusion that will spend again a lot of money on nothing!

„On the other hand, many people will be happy with the creation of some well-paid jobs and contracts,” concludes Aurelian Dochia.

Finally, the objectives, management, and governance of the FDSI, as outlined in the draft law on the Fund’s establishment and the memorandum of association, seem to be far from the accuracy of the „Santiago Principles” of organization, activity and conduct of sovereign funds on the market, which the governments of the 26 member countries of the International Monetary Fund that have sovereign funds agreed as early as in 2008 to observe, under the aegis of the IMF.